My previous news editor used to say, “Every good story begins with a question.”

He wasn’t telling us the first sentence of an article had to end with a question mark. Instead, it was his advice for finding a starting point for news coverage. Find a question, and then write an article to answer that question.

Even though his advice was meant for news, A.F. Harrold shows it’s just as relevant in fiction. In “The Imaginary” (reading level: 8-12 years), the question is: What happens to an imaginary friend who is separated from his/her child? 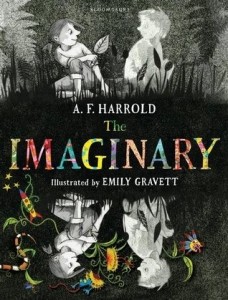 Rudger is Amanda Shuffleup’s imaginary friend. When Amanda is hit by a car and hospitalized, Rudger is suddenly left alone. Without Amanda’s imagination to keep him intact, Rudger is at risk of Fading, which happens when imaginary friends are forgotten. Fortunately, he’s found by a cat named Zinzan before he fades completely and finds haven in a library, where dozens of imaginary friends find refuge.

Why a library? As Emily, a fellow imaginary, explains: “[…] we’re imagined. Look around, this place is like an oasis: it’s made of imagination.”

Living in the library isn’t a permanent solution for imaginaries, but it fuels them long enough to find a new child. However, Rudger isn’t content with settling for a new child. He is determined to find his way back to Amanda.

As if it isn’t complicated enough to try to find her without Fading, a villainous adult who eats imaginary friends as a means of keeping his own imaginary friend alive is hot on Rudger’s trail as he tries to find his way back to his best friend.

I read this book immediately after reading “Crenshaw,” another novel about an imaginary friend that left me dissatisfied. In Katherine Applegate’s “Crenshaw,” I was left wanting more time with the titular character, an oversized imaginary cat named. Not much time was spent with the imaginary friend in that book, and in the end, Crenshaw seemed more like a plot device to spout wisdom than a necessary character.

But this review isn’t about that book. Where “Crenshaw” fell short, “The Imaginary” outdid itself. 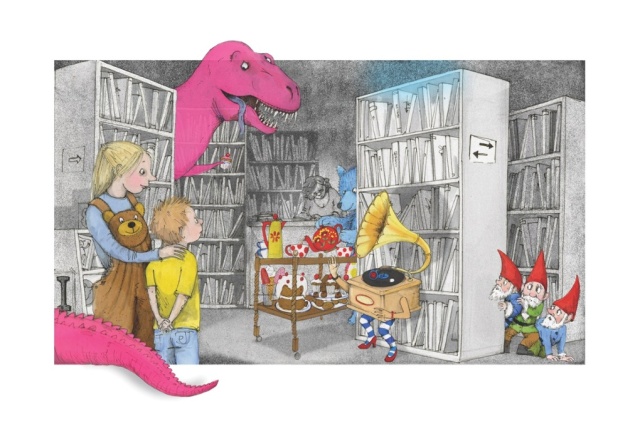 The story is brilliantly written and illustrated. The tension of Rudger’s separation from Amanda, plus his narrow escapes from the imaginary-devouring Mr. Bunting, keep the reader turning pages. The book does 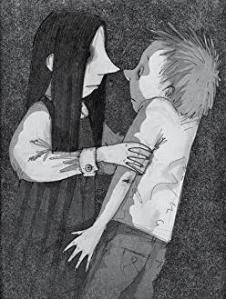 n’t shy away from being darker than the average kid lit selection (but never so dark to be nightmare-inducing).

The book also explores the power of imagination, which wins it big points from me. There’s one exchange between Amanda’s mother and another mother, in which the other mom insists her daughter needs a child psychologist because she’s “seeing things” and has an imaginary friend. Amanda’s mother, meanwhile, encourages having an imaginary friend and using the imagination.

There’s also a touching sequence near the end involving Amanda’s mother and her childhood imaginary friend. It just goes to show we never quite outgrow our imaginations. There are few messages dearer to my heart than that one.